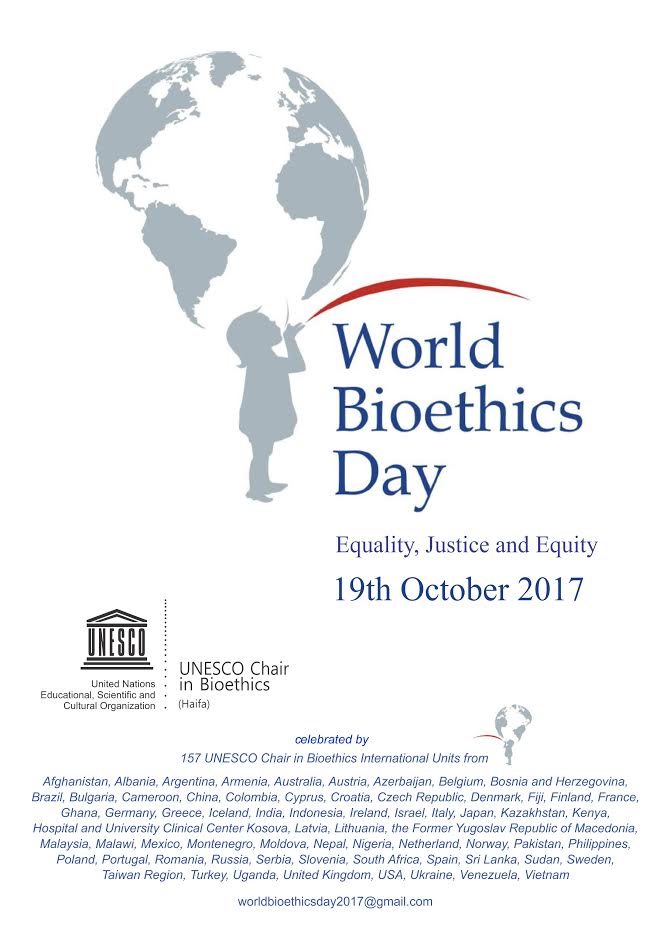 Contributions from the American Unit of UNESCO Bioethics Chair

Academic Portal on the Topic of “Equality, Justice and Equity”

Exhibition: Memory Unearthed: The Lodz Ghetto Photographs of Henryk Ross. Given Dr. Bursztajn’s longstanding interest in the clinical and forensic neuropsychiatric understanding of the intergenerational transmission of memories of trauma and resilience, he was interviewed for WBUR about the exhibition at the Boston Museum of Fine Arts of the Henryk Ross photographs of the Lodz Ghetto during the Shoah, 1939-1945. In the face of oppression and the Nazi program to use Jews as slave labor and to humiliate and destroy them via mass murder, the dignity, beauty, resistance, and resilience of the Ghetto’s inhabitants portrayed, including the Fekalists such as his own parents, Abraham and Miriam Bursztajn, moves this exhibition from photojournalism to art in the tradition of Rembrandt, Goya, and Hyman Bloom. The work of Ross and the Fekalists each served as resistance to the planned demoralization and destruction of what was before World War II a vibrant multicultural community. Dr. Bursztajn’s contributions to the MFA Lodz Ghetto photography exhibition include a Gallery talk: Trauma, Resilience, Resistance, Photography, and the Memory of the Shoah. The last room in the exhibition meaningfully links to resistance to other attempts at humiliation, cultural destruction, and community mass murder, including the Balkan “ethnic cleansings” and the Chinese Cultural Revolution.

Exhibition: Robert Churchwell, Sr.: A Centennial Birthday Celebration at the Freedom Forum, Nashville, Tennessee September 9, 2017. I have organized a celebratory event on the life of my father, “The Jackie Robinson of Southern Journalism.” Utilizing the docu-film made by the Camille Cosby Oral History project made 15 years ago, we will have a 2 hour event where his life’s timeline from birth to his time at the Nashville Banner will offer a window on Black history in Nashville and America in the South during his formative years. Family, historians and others will participate in this event.

Lecture: “Hearing Voices”—University of Louisville SOM Medical Grand Rounds—April, 2017. (This talk offers a window to the power of mentors in the life of a young academic physician (André L. Churchwell, MD, see his reflections). Their moral and medical lessons have influenced choices he has made in his life. The lecture speaks to the need for all kinds of mentors: Life-coach mentors; Administrative mentors; Clinical mentors. He discusses those mentors who have shaped thoughtful moral choices in his life and how all young scholars need to examine their lives through such a set of lenses.

Article: Harvard Medicine Magazine—Winter 2017: Dr. Churchwell is included in the article: “Unintended Consequences: Unconscious Bias hurts Individuals on Both Sides of the White Coat.” In the piece Dr. Churchwell discusses the role of social justice as an important part of our students’ medical education and its connection to integrating race consciousness in medical research.

Article: Everett, J., Haque, O.S. and Rand, D. (2016) How Good is the Samaritan, and Why? An Experimental Investigation of the Extent and Nature of Religious Prosociality Using Economic Games. Social Psychological and Personality Science.