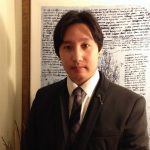 Gen Tanaka, M.D. is a practicing board-certified psychiatrist, researcher, lecturer/teacher who has been awarded the title of the Knight of Magistral Grace from the Sovereign Military Hospitaller Order of Saint John of Jerusalem of Rhodes and of Malta (Vatican City, Rome) for his continuing devotion to the medical treatment of the impoverished and the neglected. He currently holds the position of an Assistant Professor of Psychiatry at the Oregon Health & Science University (OHSU) School of Medicine.

Dr. Tanaka held administrative roles as OHSU Academic Director-Oregon State Hospital and OHSU Academic Chief. Currently, he acts as the Director of the Forensic Psychiatry Rotation for the OHSU Adult Psychiatry Residency Program. He also chairs the Ethics Committee and Graduate Medical Education Committee at his academic institutions. In 2017, he was awarded annual teaching award from OHSU as “Distinguished Recognition for Excellence in Forensic Psychiatry Education.”

Dr. Tanaka entered Carnegie Mellon University as a National Merit Scholar Finalist, and he graduated with B.S. in Biological Science with University Honors and Department Honors for academic excellence (’06). He received his Medical Doctorate at the Keck School of Medicine of the University of Southern California (’10). Dr. Tanaka completed clinical training at Harvard Medical School (South Shore Program, ‘15) where he held multiple committee leadership positions. He then attended Feinberg School of Medicine, Northwestern University as a forensic psychiatry fellow, and received his Certificate of Completion from the program (07/15-12/15).